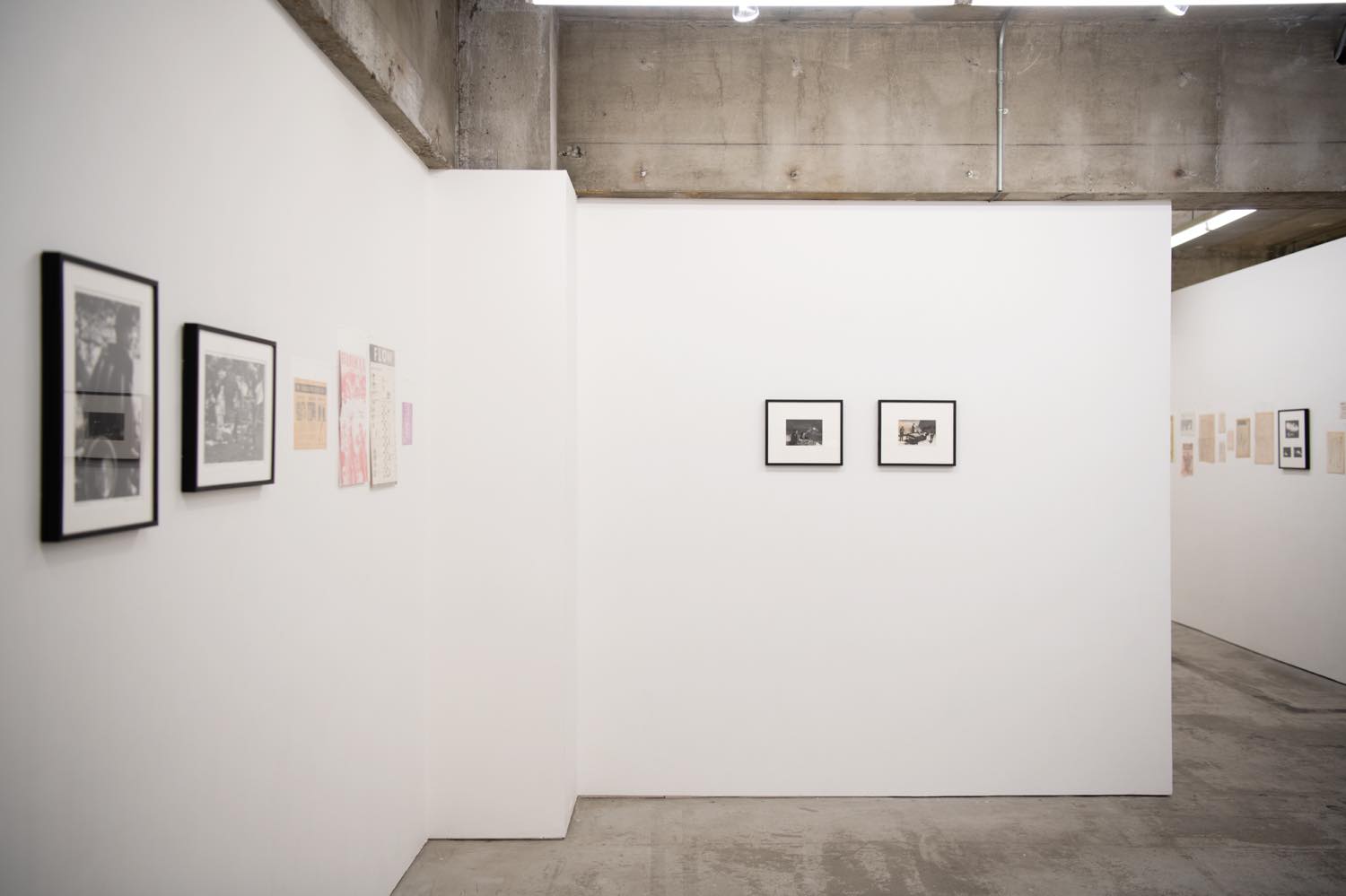 We would also like to offer our heartfelt sympathy to the people affected by COVID-19.

To prevent further spread of the virus infection, STANDING PINE has decided to temporarily closed. We will postpone our current exhibition “Documents – Avant-Garde in Nagoya –” and reopen by evaluating the situation. Further updates will be shared on the gallery’s website and SNS.

We apologise for this inconvenience. As our email and phone is fully active, please do not hesitate to contact us with any inquiries and do refer to our website and SNS.

Your understanding would be highly appreciated and we hope you all stay safe and healthy.

STANDING PINE is pleased to present a special exhibition focusing on historical documents entitled “Documents – Avant-Garde in Nagoya –” from Saturday 4th April to Saturday 2nd May. It is said that there are few artworks of Japanese postwar Avant-Garde left until today and a large number of records were lost in the past. This exhibition features artists and groups related to Japanese postwar Avant-Garde and “Anti-art Performance” such as “Zero Jigen (Zero Dimension)” a group formed by Shinichi Iwata in 1960s and Yoshihiro Kato joined later, and periodically carried out performances in the street in Nagoya and Tokyo; “Neo-Dada” a group of which member were Genpei Akasegawa, Shusaku Arakawa, Sayako Kishimoto and others; “Hi-Red Center” a group Genpei Akasegawa joined; “THE PLAY” a group Jun Mizukami started and joined; and Yutokutaishi Akiyama who is known for a performance called Pop Happening. It introduces various important documents recording their activities including documentary photography, magazines, posters and flyers of exhibitions and events of those time.

“Zero Jigen” was formed in Nagoya and it started to present their performances from 1963 and continued their activity until around 1972. Even though the leading member of the group Shinichi Iwata and Yoshihiro Kato learned art and started their career as painters, they did not expect to be appreciated by art critics and they carried out radical performances in the crowded street and theatre. They were often featured in scandalous articles in weekly magazines at that time, however, recently they have received a lot of attentions in the art scene from the point of view to reconsider the political and social significance of their performance. This section shows documents related to their performance that was called “ritual” and records of relevant artists, exhibitions and events including a documentary photography of their significant performance called Zenra Bodoku Men Hoko Gishiki (Ritual of Completely Naked Walks with Gas Masks, 1967) that was captured by a photographer Mitsutoshi Hanaga; Ningen to Daichi no Matsuri (Festival of Human and the Earth, 1971) an event Zero Jigen and Yutaka Matsuzawa joined and Isao Mizutani was also related to; a poster of an event Kamagure Festival(1972) that was held in Seto-city in Aichi by Takehisa Naka, followed by Tamio Suenaga, Shinichi Iwata and Kanji Itoi (a.k.a Dadakan), and joined by Isao Mizutani and Kazuko Tsujimura; a poster of Yutokutaishi Akiyama who participated in the performance of Zero Jigen many times and etc.

An artist Jun Mizukami, who is know as poet and musician as well, lived in Nagoya in his junior-high and high school days. He started various performances called “Happening” in Kyoto and Nagoya from 1962 or 1963 at the same time he studied law in Kyoto University. In 1967, he formed a group called “THE PLAY” with Keiichi Ikemizu, consists of performers from western part of Japan. In 1970, he organised an international exhibition entitled Nirvana-toward the Final Art at Kyoto City Art Museum together with Yutaka Matsuzawa. A lot of well-known international artists such as On Kawara and Shuzo Takiguchi participated in this exhibition. It is said that he had a close friendship with many artists of those time including Zero Jigen, “Kyushu-ha” and “GUN” an avant-garde group in Niigata. He became a legend for his astonishing actions especially when he joined a performance of “Expo Destruction Joint-Struggle Group” mainly formed by Zero Jigen to make an invasion upon Kyoto University, he fell down from a rope connected to the rooftop of the main building of the university. This section shows the magazine articles featuring the event of Expo Destruction Joint-Struggle Group; a poster of the Happening by THE PLAY entitled SHEEP Shepherd (1971); publications of Nirvana and relevant artists and exhibitions to Nirvana.

In those days, it is said that many of the artists in the field of art, music, play and dance were all linked in terms of personal relationship, influenced to each other and cooperated together. This section mainly features artists associated with Nagoya from 50s to 80s and widely introduces important records of events and exhibitions in the postwar period. It includes a documentary photography of the second and third exhibition of “Neo-Dada”, a group Genpei Akasegawa, Shusaku Arakawa and Sayako Kishimoto participated in, who all graduated from the art course of Asahigaoka high school in Nagoya (Shinichi Iwata from Zero Jigen also graduated from the same school) (1960); an influential event held by John Cage and David Tudor, and Yoko Ono also joined (1962), a flyer of a famous event called Who Uses the Communication Satellite! (1964) by “Hi-Red Center” a group Genpei Akasegawa also joined, publications of “Artist Union” started by Masunobu Yoshimura from Neo-Dadaism, and Shinichi Iwata and Jun Mizukami were responsible for its Nagoya branch (1975~76) and others.

These artists lived through turbulent postwar period and expressed their ideas not only in artworks as objects but also performances as physical expression, sometimes heedless of danger. Since there were no internet and few easy recording devices in that period unlike today, it is not easy to observe many of their activities performed in limited place and time. The documents capturing them of those time are the clue to follow up their behaviour and idea which can never be seen in today. There are the fragments of history left in Nagoya, where is known as one of the leading areas of art and has geographical advantage in terms of interaction of people with western and eastern area of Japan. Through these documents, the exhibition looks back on their energetic time and reconsiders the context of Avant-Garde art rooted in Nagoya.